Since this project was first publicized 14 years ago, the ways in which motion pictures are captured and shared have changed immensely. High definition video is no longer an expensive novelty; it is the standard for capturing motion pictures. As a recording format, film has become an anachronism that will soon take its place among daguerreotypes and analog videotape as a quirky medium bereft of mass nostalgic affectation, and only of interest to unusual imaging enthusiasts. As an archival medium, however, I anticipate (and hope) that it will remain a durable form of storage separate from the opacity of the computing cloud.

This project was partly a commentary on the lofty status some gave to film over video, but high definition video has changed the meaning of "film look." For videomakers, it used to mean saturated colors, a smooth 24 fps frame rate, and sometimes, a wide aspect ratio. Today, "film look" often means the post-production addition of grain, jittery frames, scratches, and other errors to recall what we used to know as the most respectable format. But this commentary was only one part of this project.

In the fall of 2005, I had an idea to make a small film projector out of a VHS cassette, as a mash-up of video and film sensibilities. I thought 16mm film could be used, or if this was unavailable, content would be printed on a strip of plastic. This project was not pursued due to a lack of enthusiasm.

However, during the summer of 2006, I was driving to work and it hit me: Print out Super 8 film itself and use a standard movie projector for playback.

The process for Super 8 is listed below. The 16mm version is quite similar. The first step was to obtain the correct dimensions of Super 8 film, make a template, and arrange video frames onto the Super 8 template. To avoid the laborious task of cutting and pasting hundreds of frames of video, it was converted into the "filmstrip" format using Adobe Premier. In Photoshop, the aptly-named filmstrip was cut and pasted onto the template. Once properly arranged, this template was printed out onto transparency film. The sprocket holes were cut out with a box cutter, and the 8mm wide strips of film were cut out with scissors. Finally, they are spliced together in the bias fashion with adhesive tape. The last two frames on a unspliced strip are duplicates of the first two frames of the next strip; this is what makes the bias splice possible.

The first formal test can be seen below. The images are of people enjoying themselves via running, enjoying coffee, eating corn, et cetera. These staged expressions taken from 1980s-era advertisements (chosen for having close-up shots of faces, which are recognizable even under the fuzziest conditions) mirror the happiness felt when the initial tests were conducted.


Super8 film made with inkjet printer- Test one from Jesse England on Vimeo.

The second test (in 16mm, with optical sound) can be seen below. For audio, a screenshot of an audio waveform was reduced in size and placed in the soundtrack area on the film.

Reasons for the printed film process

-TECHNICAL-
The main intent is to explore the aesthetic possibilities of a new imaging method. From a technical standpoint, this process renders a terrible quality image. Tests have been made with laser printers, but the quality improves only slightly. I am interested in separating light-sensitive chemical film from the "strip of translucent images" projecting method, and it creates a new method of motion imaging, even if it is difficult to make.

-EMOTIONAL-
As a lover of imaging technologies, it was difficult to hear of the discontinuation of Kodachrome 40 film, the then-popular film stock for Super 8 movie cameras. I am especially interested in Kodachrome because it can last for over 100 years without quality loss, unlike video tape or lesser film stocks.

I shot my last roll of Kodachrome in 2005, the year it was discontinued. In this regard, it is a kind of awkward memorial to this sturdy film stock, showing the unsuitability of the various replacement medias.

-SEMANTICS CHALLENGE-
It seems people are concerned with the terms film and video. Some people react strongly to being called a "digital film maker" instead of "film maker" or "video maker." Some people do not care at all, with these terms meaning the same thing: A person who records moving images. Some insist film is best for linear work, while video is best for non-linear work.

In recent years, "digital film maker" applied to directors working with standard definition digital video, often in low budget situations. Some may differentiate video as a sub-standard medium for this purpose.

In any case, I hope to provoke discussion in this emerging semantic and technological field. 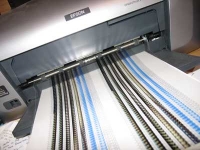 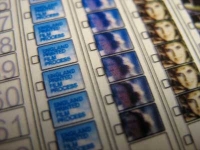 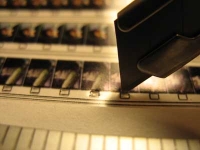 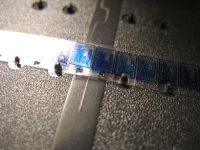